IC Elesson: Member Deal Analysis of the month a $10 House

Anita Johnson is a part-time investor from Cincinnati who wholesales houses while she waits for a buyout from her corporate job. She’s the current president of REIA of Greater Cincinnati.

Tell us about the property: This was a 5 room 2-bedroom brick in a borderzone on the west side of Cincinnati. What was good about it was the construction and the fact that it had off street parking and a small built-in garage. 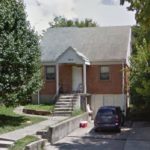 How did you find this deal? I was driving for dollars and saw that this house was vacant. I sent the owner a letter and he called me a few days later.

How did you get it for $10? I had heard of other people getting ‘free’ houses, but I had never talked to an owner who was quite that motivated. This gentleman, though, had health and financial issues that had caused him to get seriously behind on the taxes. The house had also been abandoned for several years, and in this neighborhood, that meant that at the very least the metal would be gone. It also had some building orders on it that would have to be dealt with.

Luckily, it was also paid off other than the taxes. He was just done with it, so it was actually HIS suggestion that we write up the contract for $10 with me paying all the closing costs and back taxes.

What happened next? Because I needed to change the contract to reflect him paying no costs, I got with my mentor to make sure I had done that right. When I tried to call the seller back just a few days later, his phone was disconnected. I panicked, but my mentor suggested just writing him again, since I already knew I could get him that way. 4 or 5 days later he called and apologized about the phone being turned off, and he wanted some additional changes to the contract. Basically, he wanted to make sure that it was crystal clear that he was selling as is, and that he would be paying no costs.

I made those changes and he signed the contract. At that point, I knew I wanted to wholesale the contract because it’s pretty far from where I live and doesn’t fit my buying criteria for a rental or lease option. So, I put it in Craigslist and something interesting happened; within 40 minutes I had TWO serious buyers for it.

The first one offered me my asking price, which was $6,900. I agreed to that verbally pending getting my assignment fee. When I told the 2nd one that it was already sold, he offered me $7,900. I told him that since I’d already agreed to sell it to buyer 1, I couldn’t take his offer, but would let him know if anything changed.

Buyer 1 dragged his feet paying the assignment fee and kept putting me off about what he was going to do, so I eventually gave him a deadline and told him I was selling to buyer 2 if he couldn’t come up with the cash. He didn’t, so I went back to buyer 2 and told him I’d take his $7,900.

Figuring out the assignment fee was interesting, because this wasn’t a normal contract where the seller pays his share of the closing costs and pays the back taxes. What I did was have the title company figure out the amount of the taxes, deduct it (and the $10 purchase price) from the $7,900 sale price, and got a check for $5,187.

So, what were your key learnings from this deal? There were quite a few.

First, follow-up and persistence is key. This seller went dark for a while, but I stayed with it.

Second, do those things that make the seller happy, as long as it’s something legal and it doesn’t negatively affect you. This seller wanted a LOT of changes to the contract, especially for someone who was getting $10 for a house he hadn’t even been into in several years. My patience and willingness to make those changes went a long way in making him comfortable.

Third, don’t underestimate the value of having a good mentor. There were a number of times that I heavily relied upon my mentor in order to get this deal to closing: she helped me with how to properly structure the contract to make the seller comfortable and with how to price the contract.

This was one of those properties where the strict formula doesn’t work; it’s very difficult to find after-repaired comps in this area. My math said that I could sell it for $4,900; my mentor provided perspective that this was one of those houses that would be done by a do-it-yourselfer (meaning, the buyer would not estimate costs the same way I would).  As a result, I got $3,000 more than I thought I could.

Congratulations on your $10 deal. Now you have to go find a $5 deal to beat it. Trust me, I’m looking.

1 Comment on “IC Elesson: Member Deal Analysis of the month a $10 House”