Have You Become a Motivated Buyer? By Vena Jones-Cox 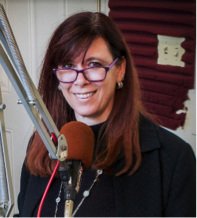 As the real estate market has warmed up, I’ve noticed a disturbing trend among real estate investors and wholesalers: they’re making the crucial error of becoming motivated BUYERS.

You may be a motivated buyer if you:

I know it’s hard to tell a seller who ONLY wants $75,000 for his house that you really, really can’t pay more than the $70,000 you’ve already offered. I mean, you got SOOOO close, how can you possibly let that seller slip off the hook?

The answer is, it’s better to do no deal than a bad or very marginal deal—and sometimes sellers need to simmer a little before they’re ready to play ball. #MixedMetaphor

A deal that I put under contract this week is a great example of this “better no deal than a marginal deal” philosophy.

Last Wednesday, a landlord called my office, having seen my car sign.

He said that he had a 2-family he wanted to sell, with a 2 bedroom and a 4 bedroom apartment.

He said that he’d done a lot of work to it since he bought it in 2010, but that it needed still more and that at his age (69—that’ll become important in a moment), he just didn’t want to deal with it anymore.

His asking price was $20,000 which, while not rock-bottom for distressed houses in that neighborhood, was low enough to get my immediate attention.

I saw it on Thursday, and while it’s clear that he DID do a lot of the basic work, it still needs a lot to be stabilized. His furnaces are literally 60 years old; the kitchens and baths are functional (though barely) and the exterior needs to be painted and some dead trees removed (a process that is SHOCKINGLY expensive).

After running the numbers, I determined that the “right” price for this property in this condition is $20,000—for a landlord buyer, which means that $12,000 was the right cash offer if I wanted to wholesale it.

Now, it might have been tempting just to say “yes”, since in theory that would generate a $6,000 wholesale fee, and since he said that if he couldn’t get $14,000, he’d put it in Craigslist (where I knew perfectly well it would sell for that price in a flash).

Now my REAL intention was to call him back this Friday and tell him that I’d thought about it and decided that $14,000 was Ok—the $2,000 in financing that he offered is really meaningless compared to the huge down payment, and would only serve to complicate a wholesale deal.

But instead, HE called back on Tuesday and told my acquisitions coordinator, “I’ve been thinking about it, and I could take $13,000 cash”.

She sent me an email to that effect—I was traveling on Tuesday—and before I could even respond to it, she emailed me AGAIN and said, “He just called back and said he’d talked to his wife, and she said they should just take the $12,000”

See, when a truly motivated seller believes that YOU are about to slip the hook, HE evaluates how ready he is to let YOU go. And that’s the position you want to be in, and the attitude you want to convey to sellers—NOT that you’re so ready to buy that you’ll keep moving your number up as long as he stays firm.

Some of you are asking yourselves how in the world I had the guts to risk losing a $6,000 payday when the alternative was only an $8,000 payday. The answer is simple: THIS IS NOT THE ONLY SELLER I HAVE TO WORK WITH.

I’ve gotten more than 20 leads in the last 7 days. I can afford to roll the dice on one, because there’s another one right behind it if it doesn’t work out. It’s easy for me to have—and convey—the attitude that I can wait forever for him to accept my offer when I know that there are 19 other sellers waiting to hear what I can do for them.

And that’s the secret to NOT being a motivated buyer in a seller’s market: have lots of options. Market. Network. Talk to people. And know that, even though it makes you frantic to wait out a seller until he can agree to your price, it’s infinitely preferable to agreeing to his, when it’s not the right one.