Stay in the Red Zone this Holiday Season by Alton Jones 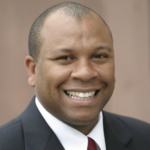 Alton Jones is a rising star in the retail world. He buys, fixes, and sells houses in 3 markets including LA, Austin, and Memphis. He’s got killer strategies for managing all those projects, and he’s going to share them at the 2018 National Real Estate Investing Summit, November 1-4 in Cincinnati. Are you registered yet? www.OREIAConvention.com

Is this your last opportunity to create greatness?

For all we know, it might be. That’s certainly how I live my life.

But as the holidays come up, I see more people getting into the slowdown mindset. Thinking they won’t be able to do anything between Thanksgiving and New Years, they stop trying. There are no good deals to be had this time of year, right?

This mentality is absolutely wrong. I believe that every opportunity might be the last to create greatness. Life is short and uncertain. We’re always existing in one of three zones — green, yellow, or red. When you’re green, you’re kicked back. In yellow, you’re about normal. But in red, you’re working hard every minute, constantly on the move, looking for the next angle and the next opportunity. I’m always in the red zone, and I hate to see people slack off to green this time of year.

I believe that price is only an issue in the absence of value.

I’ve had people sell their home to me over other buyers not because I offered more money — I didn’t — but because I created a value for them. The home had been their mother’s and in the family for over 50 years. They needed to know that it was going to be treated with respect.

I understood the emotions behind that, and exercised the golden rule. I asked a few simple questions about what was most important to them, and then showed them they could trust me to respect the house.

I found that deal by operating in the red zone, and I secured it by delivering value to the seller. And it wasn’t really about real estate — it was about building a relationship, because as I always say, we’re in the people business.

And if we’re in the people business, why wouldn’t you be operating in the red zone this time of year? Holiday events, family get-togethers, and business cocktail parties — they’re all opportunities to build relationships and find the deal that will put you over the top. You’re surrounded by people who you should build relationships with, even if they can’t do business with you right now. They might refer you to someone else down the line. But you can’t be dawdling along in the green zone and expect to find it.

The deal of the century is happening this week. Stay in the red zone and go get it.